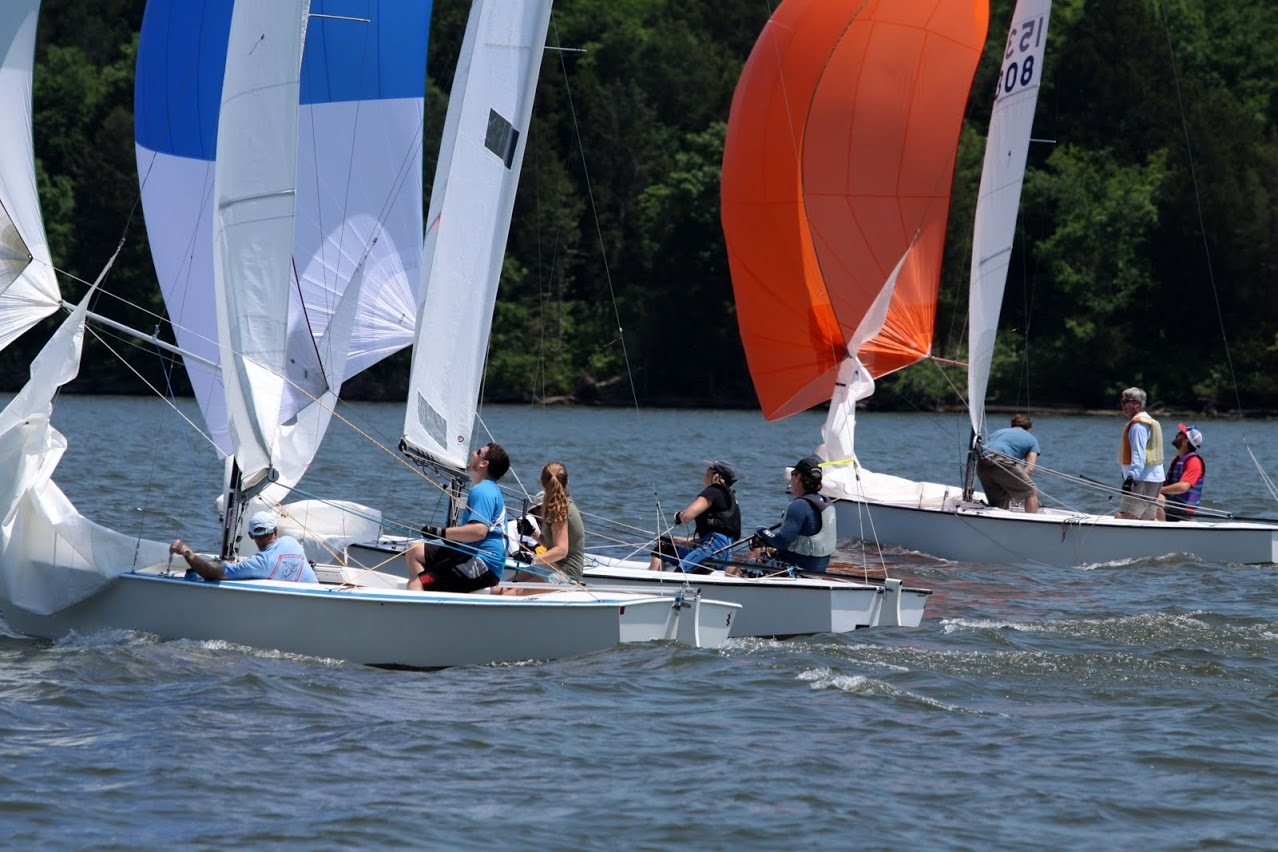 The Lightning was designed by the legendary design group of Sparkman & Stephens in the 1930s, and first produced in 1938.  Early Lightnings were constructed of wood.  Modern Lightnings are constructed of fiberglass, and have been for decades.  Lightning  Fleet 262 is, by far, the oldest still-active fleet at HIYC.  Its beginnings go back to the early 1950s, a time prior to the founding of HIYC in 1961, and even prior to the impounding of Old Hickory Lake.

More information can be found at the Lightning Class Website.